How To Be A Dom: A Beginner’s Guide To Being A Good Dominant 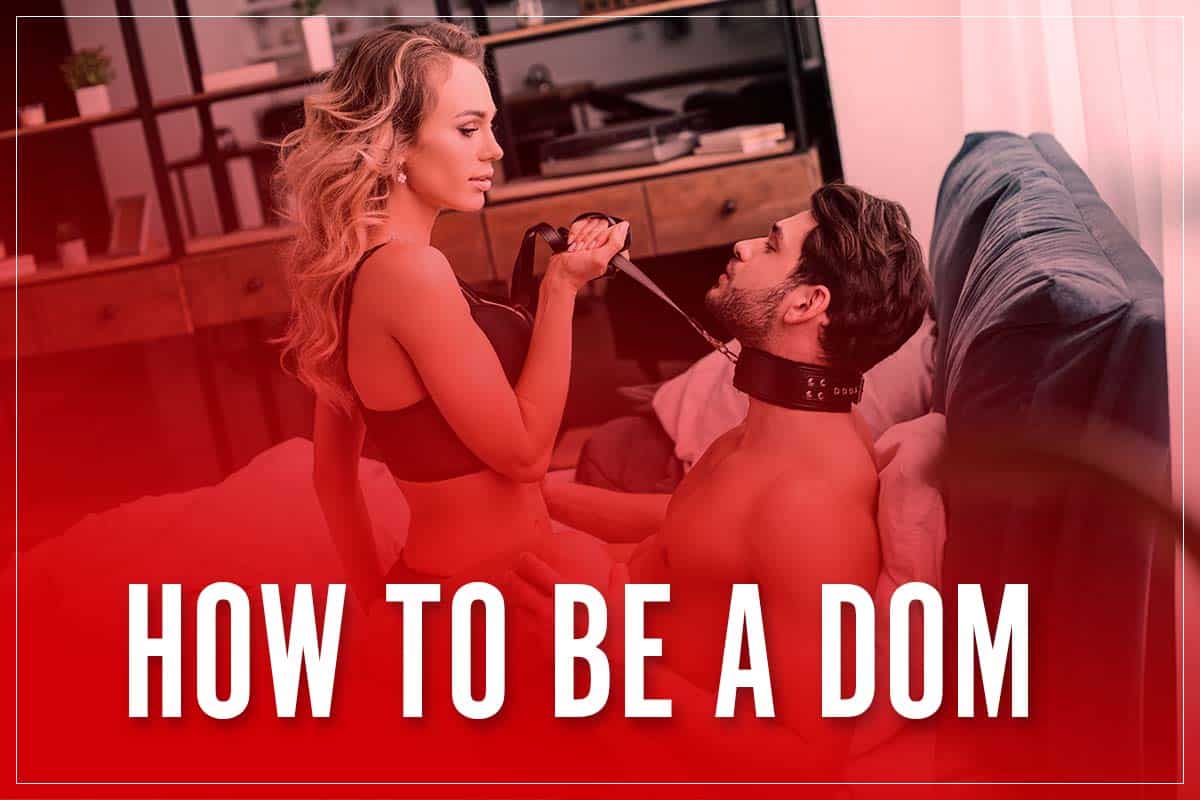 As interest in all things domination has increased, let’s examine the definitions of the terms dom and domming, as well as how to be a Dom. If you are self-aware, empowered, empathetic and sensitive, you have the keys to a glorious kingdom of pleasure and self-exploration. You get to express yourself while also providing amazing experiences for your sub.

What Is A Dom?

A Dom is somebody who enjoys playing with a submissive person (or people). The submissive follows, serves and appreciates having a lower status, while the dominant is in charge, leading and controlling what happens. They are the “Alpha”, which is why “Dom” is usually spelled with a capital letter and “sub” is usually spelled with a lowercase letter.

There are two main types:

Dominance can take many different forms. Here are some types of doms you might come across:

Typically, the Daddy assumes the lead. It might be sexual, but it’s not always necessary. Some people practice it privately or as a regular part of their lives. Daddy Dom tends to take care of others and loves the gentler, more delicate aspects of doing so. They act as mentors or father figures for their submissives.

A sadist Dom relishes hurting or punishing his submissive. Bondage and impact play will be of interest to the sadist Dom. A sadist dominator could also take pleasure in verbally shaming or demeaning their partner.

During pet play, the Dom would dress his sub in a collar and let it spend the night in a cage while feeding the submissive from a bowl on the floor. If you like to be an Owner Dom, you may be interested in a primal Dom role too.

A caring or romantic Dom enjoys spoiling his submissive. They want to please the sub and could play a role in daily decisions, such as what the sub wears and eats. Submissives see their caregivers as a safe place that helps them feel better on a daily basis.

If you want to make your submissive happy, you can also try to be a service Dom.

Unlike other power-exchange relationships, this type typically does not involve sexual activity.

A rigger is a dominant who takes pleasure in controlling submissives using restraint and bondage. A person who enjoys tying ropes is known as a “rigger”. A rigger can restrain a submissive using various methods. Riggers may use their rope bondage for sex, but they may also do so for performance, art or photography. Even though they can tie themselves up, riggers typically prefer to use their abilities on other people. The subs trust the rigger to tie them up securely, allowing themselves to be bound in elaborate designs and knots.

If you want to find the best rope for bondage, visit our blog post to find out more.

How To Be A Good Dom

Make sure your safe word is a word or phrase that would never be used in regular play so that it is immediately clear if either of you asks the other to stop.

Consider any domination scene you’ve seen in a movie or a real-life sex party. There was a lot of backstory, conversations and time invested in that relationship to allow that scene to play out as it did.

You’re fine as long as it’s a story in which you feel safe.

Understand The Psychology Of Submission

We believe you cannot be a good Dom unless you understand submission psychology. Who will you be playing with? We believe it is critical to ask this question and talk to them to see if you can get on the same page in terms of playing style.

The more time you spend learning about this, the better you will be.

Work On Your Communication

A Dom-sub dynamic is built on communication. Good communication is difficult and takes a lot of practice, but is essential. Here are some steps you can take to improve communication with your submissive:

People engage in various activities during aftercare, depending on their preferences and desires. You can:

You want to do anything to help you and your sub transition back to reality as smoothly as possible.

How To Be More Dominant 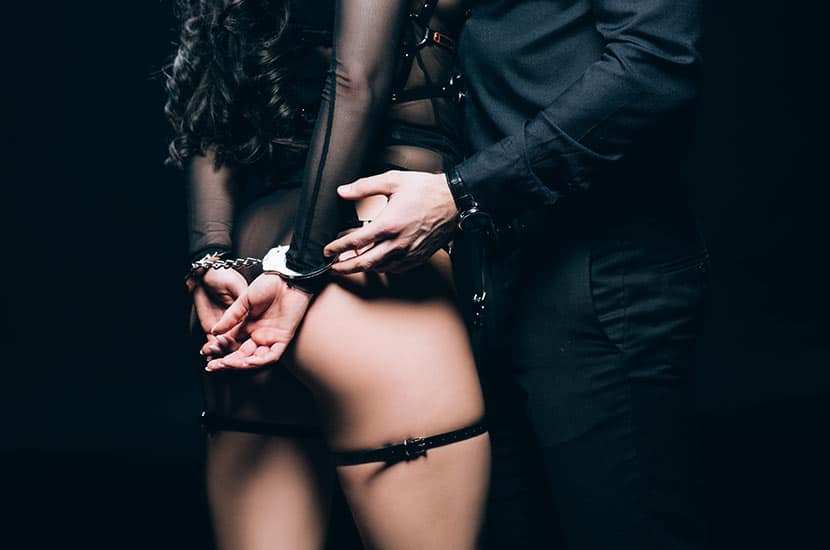 Here are a few tips on standard sexual dominance for taking more control:

In a D/s relationship, using specific language in the bedroom is an important part of dominant behavior. Dirty talk can also be used to describe what you’re about to do to your sub or how you’d like them to behave.

Role-play can help jumpstart the action of a D/s scenario because it provides easy roles for each person to slip into and allows you to distance yourself from the situation if you’re feeling a little stage fright.

D/s frequently includes specific outfits or attire that you can wear during a scene. Doms, for example, may wear leather outfits, suits and boots or heels, whereas subs may wear collars, leashes or role-play costumes such as maid outfits.

Bondage is a sexual practice in which the dominant person restrains the sub during a sexual encounter using tools. Ropes, leather straps, bondage tape, ties, handcuffs, spreader bars, ball gags, blindfolds and chains are the most common restraints.

What Does Dom Mean?

What Makes Someone A Dominant?

A Dominant is someone who likes to lead, guide, protect, enforce and decide on how the scene unfolds. You can think of a D/s relationship as an exchange of power dynamics. A Dom is someone who maintains the space of trust and exercises control responsibly. Being a dominant does not imply aggression, manipulation or emotional abuse.

Doms like being doms because they like the feeling of control. They enjoy being assertive and controlling how the scene unfolds. Being a dominant in a Dom-sub relationship feels good and natural to these people and it increases their sexual attraction. Someone who enjoys being dominant is experimenting with control fantasies and what it would be like to have authority over someone.

Many people enjoy introducing power dynamics into the bedroom, either as a submissive or a dominant role, in order to increase their pleasure and explore new and unique sexual fantasies. Now, with our guide on how to be a Dom, you can try to play a dominant role in your sex life, discover your own limits and fulfill your own desires.